Cryptocurrencies - Are You Preparing?

Cryptocurrencies - Are You Preparing? 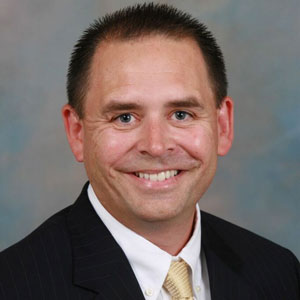 Cryptocurrencies, digital currencies that are based on cryptography, are becoming a pivotal focus area for capital markets in 2016. As these new currencies become more widely accepted, the potential for massively disruptive technological change is clearly looming.

Some analysts estimate that there are over 700 new cryptocurrencies already circulating, though many are admittedly in their infancy, and most will never be widely used. That said, the biggest of them, Bitcoin, has already surpassed over $6Billion in market capitalization, and is growing rapidly. Other options include Ethereum and Litecoin, both of which are already over $100Million. Ripple is yet another story, which includes a payment exchange as well as its own cryptocurrency.

As quoted in US Congressional Research Service, “Bitcoin: Questions, Answers, and Analysis of Legal Issues,” January 28, 2015, like the U.S. dollar, Bitcoin has no intrinsic value, meaning it is not redeemable for some amount of another commodity, such as an ounce of gold. Unlike a dollar, a Bitcoin has no physical form, is not legal tender, and is not backed by any government or any other legal entity, and its supply is not determined by a central bank. The Bitcoin system is private, but with no traditional financial institutions involved in transactions. Unlike earlier digital currencies that had some central controlling person or entity, the Bitcoin network is completely decentralized, with all parts of transactions performed by the users of the system.

​  Cryptocurrencies are likely here to stay, and financial institutions serving the capital markets need to start aggressively preparing for the inevitable, and highly disruptive, impact.

As stated by Investopedia, Blockchain is a public ledger of all Bitcoin transactions that have ever been executed. It is constantly growing as ‘completed’ blocks are added to it with a new set of recordings. The blocks are added to the blockchain in a linear, chronological order. Each node (computer connected to the Bitcoin network using a client that performs the task of validating and relaying transactions) gets a copy of the blockchain, which gets downloaded automatically upon joining the Bitcoin network. The blockchain has complete information about the addresses and their balances right from the genesis block to the most recently completed block.

From a much broader standpoint, as quoted by Inside Bitcoins, various research groups have determined that cryptocurrency disruption is becoming much more likely, and soon. For example, back in December of 2014 Technology Strategies International (TSI), a research from out of Canada, concluded that cryptocurrencies would be a “major disruptive force” within five years.

Clearly, this is a new and exciting market, but there are many questions. They include: What happens when traders and investors want to use cryptocurrencies instead of dollars, euros, or yen? How will trading platforms be impacted? How will funds be deposited, traded, reported, and paid? How will firms utilize Swift-based infrastructure in a cryptocurrency environment? How will firms quickly verify ownership of the currency in high-frequency trades? What are the tax and regulatory impacts? The list is endless.

With so many questions pending, what are leading financial institutions doing to respond?

Through early 2016, financial institutions have demonstrated mixed responses to this development. For example, a team from RBS recently won the Deloitte Digital #GoneHacking capital markets hackathon, presenting a trading platform based on Ripple integration with other cryptocurrencies. The win demonstrated significant resource commitment by RBS to developing a solution for trading and capital markets integration.

Other top-tier firms are exploring how to make Bitcoin more efficient than current payment systems. They see potential for cryptocurrencies to offer lower-cost transaction processing and settlement, assuming the infrastructure can be adequately standardized. Meanwhile, other firms are simply taking a wait-and-see approach, while the questions surrounding the new technology get addressed, and standards are developed.

The central banks, since they control the current monetary system, seem to see the new digital currencies as a threat. They are already working on their own alternative versions, such as RSCoin, which was developed by computer scientists in the UK in coordination with Bank of England. The difference with this approach is that it would maintain state control over the currency, whereas the previous prototypes were not controlled by any political or state-sponsored entity. While this would make most digital currency enthusiasts cringe, it may become the eventual reality as the primary monetary authorities assert themselves in this arena.

Beyond the financial sector, governments are reluctantly adjusting to the potential these new currencies represent. To date, the direction is clear: Follow the law and standards set for existing currencies, or face stiff penalties. Recent legal decisions focus on disclosure and reporting requirements, and have applied the same standards necessary for non-digital fiat currency.

Yet, governments will likely want to leverage these currencies to increase visibility to financial transactions, because, in the current market environment, cash-hungry entities seem to be much more focused on increasing tax revenue than protecting privacy or financial freedom. For background, simply review the Foreign Account Tax Compliance Act (FACTA) or Base Erosion and Profit Shifting (BEPS) legislation to understand their motivations.

As expected, the technology is far out-pacing the regulatory landscape, while securities enforcement agencies are relying on existing laws to regulate new transactions and digital currencies that are vastly different from the government-sponsored fiat of years past. Much remains to be decided on the legal and regulatory standards; however, the market is not waiting for “official” guidance. Innovation will continue, and governments will ultimately have to respond.

There are more questions than answers at this point, but the clock is ticking. Firms that seize the opportunity will have a decisive advantage, and will reap big rewards if they execute properly. Institutions that are late to the game may have a chance to adopt, but the risk of waiting is very high. Regardless, everyone will need to balance significant technological investments with unclear regulatory requirements from multiple entities and jurisdictions, increasing the risk of failure. In the end, cryptocurrencies are likely here to stay, and financial institutions serving the capital markets need to start aggressively preparing for the inevitable, and highly disruptive, impact.

Disrupt Your Legacy Application Portfolio to Improve Security And...

Why a Credentialing Strategy Must be Part of Your Digital Strategy

The Convergence of IT with the Internet of Things Innovation

It’s On People: The Undeniable Cultural Impact in a Digital...

A Promising Road Ahead for Insurtech

Bolloré Logistics Australia becomes a global leader in the use of...