Technology Challenges in Capital Markets: Inside the Mind of a CIO

Technology Challenges in Capital Markets: Inside the Mind of a CIO 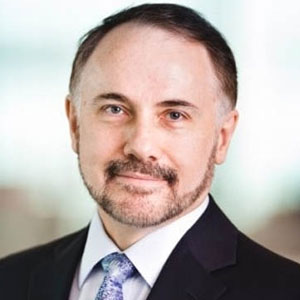 When a CIO talks with a software provider, they have a few fundamental expectations. They want to have a peer-to-peer conversation, not a sales conversation. They want to get a real sense of where they should focus their energy and resources.  so while the software provider might expect to get grilled about a particular project or opportunity, more often than not,  CIOs want to talk about the state of the market, what lies ahead and what other customers are doing. CIOs need unvarnished guidance.

CIOs have many common concerns. One is the protection of their technology assets: ensuring cyber-security and the security of the data, the franchise and the brand that the technology represents. After all, we’re operating in a risky world. We’ve all heard the stories of firms that have spent a lot of money on security but still had that security breached. That’s partly the reason why security has become a board-level issue among capital markets firms.

The CIO’s second concern is the overwhelming need to consolidate technology. Answers today need to move beyond point solutions; every new solution needs to take out five or 10 existing systems, either by a broader approach to instrument types or multiple geographies or more front-to-back. People expect to be able to do more with less. Some think that Moore’s law of technology is a tautological statement–that the cost of everything goes down in time. But the cost of people does not go down in time, so you have to have increased productivity, which is driving that consolidation process.

The CIO’s third issue is the growing demand for mobile technology. The idea of users being strapped to workstations is gone. The technology that newer entrants to the workforce expect to use is demonstrably different from what it was 20 or 30 years ago. That also drives the desire for executives and users to be mobile, so mobility has become a requirement for every  system.

Buy vs. build: an eternal debate?

Some larger capital markets firms are still vigorously debating whether to build or buy to meet their technology challenges. CIOs at larger organizations generally have to deal with more politics, more people and more moving parts. They’re usually more tied down by legacy systems and they have a larger inventory of applications and users. Therefore, they spend a lot more time figuring out how to get disparate systems or structures to come together to solve a problem. That means that they have a decision to make: whether to buy or to build technology; and who to trust to make it happen.

In smaller organizations, it can often seem simpler–without as many players and system baggage, they can solve the problem more efficiently, usually by buying.

The need to do more with less and to focus on value-add areas is leading many capital markets CIOs to consider cloud computing. While the term has generated a lot of buzz–and some level of skepticism–what it really means is simple: you can yield the operations of your technologies to people who can take the ownership for you. Someone else will worry about your computing, your networking and your operations. This argument is increasingly making sense to resource-stretched CIOs.

Other new technology developments have also had an impact on the buy vs. build debate. For example, many capital markets firms have moved away from requiring proprietary technology for every project. This default approach often meant that  building a system was the only option. Now there is a conscious decisionmaking process around whether they need to differentiate themselves in an area or not. If the system or function will not add to their organization’s value proposition, then it makes more sense for the firm to leverage open source or other technology standards rather than build something from scratch. Similarly, CIOs have also learned that if they can assemble solutions from multiple components, whether those are internal or vendor components, they’ll probably end up with a better answer than by building it all themselves or handing it to someone to build wholly new technology for them.

Of course, technology projects are as much about people and process as they are about software. Components of delivery, transformation and consultation are as critical as how cutting edge the application might be underneath. A firm can have the best software, but if it’s not correctly configured, adapted, implemented and so on, it might well turn out to be the VCR with the blinking clock set to 12:00.

People are a key component of another interesting technology trend. Historically, firms viewed systems as solutions that were largely inside their company. Enter the Internet and huge populations of outside users. In this second phase, firms use technology to connect themselves and their clients in this open way, and their customers expect that transparency. In the  third stage, firms will recognize that that fabric between a firm and its clients and a firm and its suppliers is where most of the value will come. The goal is to get a straight-through processing environment inside the firm and then connect that  environment to the supply chain and to the customer chain. That’s where the huge multipliers are generated.

The CIO of any capital markets firm is facing numerous challenges. Some, such as security and mobile technology, are relatively new and create increasingly complex and demanding questions for the CIO. Others, such as consolidation of systems and the build vs. buy debate, are long-term challenges and more familiar. Either way, CIOs must remain both nimble and strategic in order to show value to senior management and clients.