I Feel, Therefore I Am

I Feel, Therefore I Am 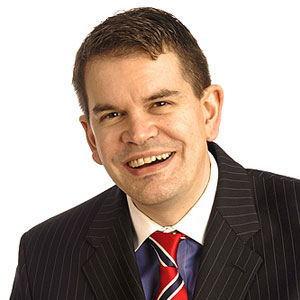 Although the quest for Artificial Intelligence (AI), equipping trading algorithms with human qualities such as self-learning, continues to fascinate, it will be the explosion of the Internet of Things that will soon re-energize trading in capital markets.

The Internet of Things (IoT) is rapidly growing through the addition of sensors to machines that allow them to “feel.” Once they are equipped with feelings— particularly sight, sound and touch— machines can behave more intelligently, for example optimizing operations to use less fuel or predicting when they need maintenance. However, an interesting side effect is that the data from the IoT could be a new source of “insider” data for trading firms. For example, if combine harvesters (accessorized with sensors) signal a bumper wheat cropin the U.S. grain belt, traders can take advantage of this information before the crop report is issued.

Agriculture is a poster child for IoT innovation; machines like tractors and combine harvesters are increasingly equipped with sensors to communicate crop and harvest data. U.S. equipment manufacturer John Deere’s Field Connect monitoring system uses the IoT to give farmers more visibility into their crops, sensing soil and leaf moisture as well as temperature, wind speed and direction, solar radiation, and rainfall. The monitors are installed in customer fields as part of the Field Connect Gateway, which feeds the information to farmers and allows them to make informed decisions.

All of this IoT information is valuable to farmers, who learn better moisture-management skills. But it can also be useful to commodities analysts or breakfast cereal manufacturers, who can profit from early knowledge of corn or wheat crop conditions. There are other sources of IoT data too. The increasing prevalence of location-enabled smartphone apps for an enhanced retail experience means that more and more information about the movement of consumers and their buying patterns are becoming available. Similarly the growth of social media provides a voice to the masses—and tapping into that voice provides something of a global sentiment on a number of topics. Imagine if these feeds could also be accessed and combined into trader analytics.

Let’s say you are a stockbroker; if you could use social media data to determine consumers’ moods, you might be able to predict their appetite for certain branded breakfast cereals. If you can tap into supermarket buying patterns then you could see how cereals are performing. You could combine these streams with the agricultural sensor information to provide certain insights. You might see for instance that sentiment is positive on a leading breakfast cereal “Corn Nibbles.” Also, a promotional marketing campaign for Corn Nibbles at a large supermarket chain has gone swimmingly.

Furthermore, IoT data from combine harvesters tells you that the yield on the corn harvest will be quite low this year. However, right now the price of corn futures is low so it is a good time to buy. Then, you can also buy the stock of the manufacturer of Corn Nibbles Inc. in readiness to sell just after quarterly earnings are announced (which will be good), because you know that the low corn harvest data will soon be announced and will inevitably hit the stock price.

Sentiment analysis—or opinion mining— already exists, although it is in its infancy. In 2014, during the soccer World Cup we at Software AG built a World Cup Sentiment Analysis tool for our customers to enjoy while watching the football. We monitored Tweets over a moving window of 30-40 minutes and scored teams from positive to neutral to negative. It was very popular.

Twitter is an ideal place for opinion mining and is becoming the next Big Thing for financial services firms trying to find an edge for their algorithmic trading. Sentiment analysis is used to try to qualify and quantify the emotional chatter around a particular market. It then gauges whether the feelings for a particular stock or commodity are negative or positive, and uses the information for making trading decisions.

But can markets be predicted using sentiment? A study by the University of Manchester and Indiana University in 2010 said that this may be possible. The study concluded that the number of “emotional words” on Twitter could be used to predict daily moves in the Dow Jones Industrial Average (DJIA). A change in emotions expressed online would be followed two and six days later by a move in the index, the researchers said. This information let them predict its movements with 87.6 percent accuracy.

You can also use social media to get a sentiment reading on particular topics, such as how people are feeling about the economy. The Bank of England is a good example of that. It is preparing to monitor social media posts and online jobs boards to get a clearer picture of economic activity and help in form British monetary policy decisions.

“The Internet of Things is arming machines with feelings, which might just give capital markets innovators a competitive edge”

Andy Haldane, the bank’s chief economist, wanted to get a fresher view of mass market sentiment on things such as the economy and interest rates, rather than use official statistics which tend to be lagging indicators-and are frequently revised. The Bank has established a Big Data lab with an analytics team that builds algorithms and models for grabbing and analyzing “unconventional” data sources.

There may be a use for sentiment analysis in capital markets as well. Financial markets are all about information and trading decisions are based on data combined with intuition and even guesswork. Today, most trading strategies revolve around data that comes from done deals, like on an exchange, or from government sources; in other words data that is already stale. Just like looking in your rearview mirror is not a good way to drive down the road, using old data is not the best way to predict what is to come.

Sentiment analysis can assist traders in making general assumptions about the mood of the marketplace now—not last month. Are investors confident? Are they buying cars? And then IoT analysis can offer them masses of available sensor data to give them a better feel for what is occurring in the areas they cover. If retailers’ sensors are communicating that items are flying off the shelves on Black Friday, before the traditional data comes out, then traders can load up on shares of Wal-Mart or Gap.

We can see how the Internet of Things allows machines to feel as well as allowing us to track certain human behavior. And we can see that social media sentiment analysis can show us how humans feel. Mining and combining the streams of information and applying smart analytics might just provide extra sensory perception into a global consciousness. It will be interesting to see who uses this for competitive advantage and how regulators respond.